Сторінка 3
To an American there is something supremely impressive in this cumulative
influence of the past full of inspiration and rebuke , something saddening in this
repeated proof that moral supremacy is the only one that leaves monuments and
not ...
Сторінка 13
Stranger still , Le Monnier , reprinting the work at Florence in 1853 , within a
stone'sthrow of the document itself , and with full permission from Balbo to make
corrections , leaves the matter just where it was . himself says : “ Through almost
all ...
Сторінка 51
Why ! art thou more merciful than God ? ' And I said , ' God forbid , O my lord ; for
God is good and long - suffering unto the sons of men , and he leaves every one
of them to his own will , and he walks as he pleases . ' ” This is precisely Dante's ...
Сторінка 85
... own speech to another without breaking all its sweetness and harmony , ” +
and Cervantes was of the same mind : # - “ Beyond the sphere that hath the
widest gyre Passeth the sigh & that leaves my heart below ; A new intelligence
doth love ...
Сторінка 98
The type of their work is the Greek Temple , which leaves nothing to hope for in
unity and perfection of design , in harmony and subordination of parts , and in
entireness of impression . But in this æsthetic completeness it ends . It rests
solidly ...
Уперед »

Сторінка 296 - Him the Almighty Power Hurled headlong flaming from the ethereal sky, With hideous ruin and combustion, down To bottomless perdition, there to dwell In adamantine chains and penal fire, Who durst defy the Omnipotent to arms.
З’являється у 566 книгах від 1795 до 2008
Сторінка 73 - Wherefore the law was our schoolmaster to bring us unto Christ, that we might be justified by faith.
З’являється у 757 книгах від 1799 до 2008
Більше
Сторінка 275 - Lastly, I should not choose this manner of writing, wherein knowing myself inferior to myself, led by the genial power of nature to another task, I have the use, as I may account, but of my left hand.
З’являється у 208 книгах від 1734 до 2008
Сторінка 314 - The Genius of Poetry must work out its own salvation in a man. It cannot be matured by law and precept, but by sensation and watchfulness in itself. That which is creative must create itself.
З’являється у 324 книгах від 1803 до 2008
Сторінка 225 - It was published, as an experiment, which, I hoped, might be of some use to ascertain, how far, by fitting to metrical arrangement a selection of the real language of men in a state of vivid sensation...
З’являється у 400 книгах від 1800 до 2008
Сторінка 73 - For the invisible things of him from the creation of the world are clearly seen, being understood by the things that are made, even his eternal power and Godhead : so that they are without excuse. Because that, when they knew God, they glorified him not as God, neither were thankful, but became vain in their imaginations, and their foolish heart was darkened : professing themselves to be wise, they became fools.
З’являється у 478 книгах від 1803 до 2008
Сторінка 300 - THE measure is English heroic verse without rime, as that of Homer in Greek, and of Virgil in Latin, — rime being no necessary adjunct or true ornament of poem or good verse, in longer works especially, but the invention of a barbarous age, to set off wretched matter and lame metre...
З’являється у 419 книгах від 1795 до 2007
Сторінка 145 - Full little knowest thou that hast not tried What hell it is in suing long to bide : To lose good days that might be better spent, To waste long nights in pensive discontent, To speed to-day, to be put back to-morrow, To feed on hope, to pine with fear and sorrow, To have thy prince's grace, yet want her peers...
З’являється у 570 книгах від 1806 до 2008
Сторінка 280 - A thousand fantasies Begin to throng into my memory, Of calling shapes and beckoning shadows dire, And airy tongues that syllable men's names On sands and shores and desert wildernesses.
З’являється у 511 книгах від 1788 до 2008
Сторінка 71 - So then they that are in the flesh cannot please God. But ye are not in the flesh, but in the Spirit, if so be that the Spirit of God dwell in you. Now, if any man have not the Spirit of Christ, he is none of His.
З’являється у 407 книгах від 1755 до 2008
Менше

James Russell Lowell (February 22, 1819 - August 12, 1891) was an American Romantic poet, critic, editor, and diplomat. He is associated with the Fireside Poets, a group of New England writers. But Lowell's real strengths as a writer are better found in his prose essays than in his verse. A man great in literary learning (he was professor of belles-lettres at Harvard College for many years), wise and passionate in his commitments, he was a great upholder of tradition and value. His essays on the great writers of England and Europe still endure, distinguished not only by their astute insights into the literary classics of Western culture, but also by their spectacular style and stunning wit. Lowell graduated from Harvard College in 1838 and went on to earn a law degree from Harvard Law School. He published his first collection of poetry in 1841. Nor was Lowell merely a dweller in an ivory tower. In his youth, he worked passionately for the cause of abolition, risking his literary reputation for a principle that he saw as absolute. In his middle years, he was founding editor of the Atlantic Monthly and guided it during its early years toward its enormous success. In his final years, this great example of American character and style represented the United States first as minister to Spain (1877--80), and afterwards to Great Britain (1880--85). Lowell was married twice: First to the poet Mary White Lowell, who died of tuberculosis, and second to Frances Dunlap. He died on August 12, 1891, at his home, Elmwood. He was buried in Mount Auburn Cemetery. 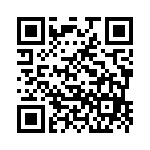