fascinating reading A history of the the wheelings and dealing done in the Middle East. Well researched and written. Favorite quote "Never had so few lost so much so stupidly and so fast." Second favorite quote paraphrased "They are only a minority, who cares" ×čňŕňč îăë˙ä ďîâíłńňţ

KINGMAKERS: The Invention of the Modern Middle East

Succinct overview of 12 people who have exerted significant influence on the fortunes of the Middle East since England invaded Egypt in 1882.World Policy Journal editor emeritus Meyer and former CBS ... ×čňŕňč îăë˙ä ďîâíłńňţ

Shareen Blair Brysac, formerly a prize-winning documentary producer at CBS News, is the author of Resisting Hitler and co-author of Tournament of Shadows and Kingmakers with Karl E. Meyer. The couple lives in New York and Weston, Connecticut.

Karl E. Meyer has written extensively on foreign affairs as a staff member of the New York Times and the Washington Post. 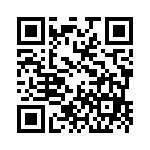