No one familiar with the Bible needs to be told that it is a truly remarkable work. But it takes help to understand this ancient collection of diverse forms of literature written by different people ... ×čōāōč îãë˙ä īîâíŗņōū

Eerdmans is a very good commentary to use,excellent to use as the handbook. So far it has explaned & answered every thing I have needed to know, how ever, I also believe that there are other ... ×čōāōč îãë˙ä īîâíŗņōū

Widely regarded as one of the foremost scholars in the world today on the thought and writings of St. Paul, JamesD. G. Dunn is Lightfoot Professor Emeritus of Divinity at the University of Durham in England. 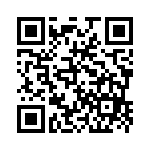