Ńňîđłíęŕ 2
sound mind , was of opinion that Sir Samuel Romilly was the most proper person
to represent Westminster ; but this was the whim of the moment . Otherwise , his
reasonings , if true at all , are true everywhere alike : his speculations concern ...
Ńňîđłíęŕ 112
The allusion degrades the person who makes it , not him to whom it is applied .
This is also the satire of a person of birth and quality , who measures all merit by
external rank , that is , by his own standard . So his Lordship , in a ' Letter to the ...
Ńňîđłíęŕ 236
Had it been another person's case , another person's dignity that had been
compromised , another person's conduct that had been called in question , who
doubts but that the matter might have stood over till the next term , that the Noble
Lord ... 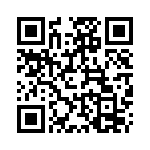