Ńňîđłíęŕ 119
The US Treasury Secretary, Dr George Shultz, met Brezhnev for trade talks in
Moscow on 1 October, discussing, according to Tass, 'commercial and other
matters'. By 15 November, when President Nixon's fortunes seemed at a very low
ebb, ...
Ńňîđłíęŕ 121
On 24 September, at a meeting in Tashkent, Mr Brezhnev announced that China
had ignored a Soviet offer, made three months previously, to sign a non-
aggression treaty. The Chinese leadership, he said, 'did not even bother to
answer this ...
Ńňîđłíęŕ 290
A still bigger deal was struck with the Soviet Union when Mr Leonid Brezhnev,
the Secretary of the Soviet Communist Party, visited India from 26-30 November.
The two sides agreed to take measures to ensure a one- and-a-half to two-fold ... 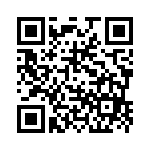