Jonah Siegel has taught at Columbia and Harvard Universities. He is Assistant Professor of English at Rutgers University. 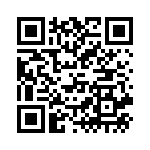