Kym Anderson is a Professor of Economics and foundation Executive Director of the Wine Economics Research Centre at the University of Adelaide in South Australia. He is also Professor of Economics at the Australian National University in Canberra. He is a co-founder and vice-president of the American Association of Wine Economists, and a co-editor of its Journal of Wine Economics. His previously compiled compendium of global wine data (Global Wine Markets, 1961 to 2009: A Statistical Compendium) has been extended to 1860-2015 for this present book.

Vicente Pinilla is Professor of Economic History at the University of Zaragoza, Spain. He is Editor of Historia Agraria and Director of the Center for Depopulation and Rural Development Areas Studies. He belongs to the Editorial Board of the Rural History in Europe Series. He is the author of Peaceful Surrender: The Depopulation of Rural Spain in the Twentieth Century (2011), and is an editor of the books Agriculture and Economic Development in Europe since 1870 (2013), Markets and Agricultural Change in Europe from the 13th to the 20th Century (2009), and Natural Resources and Economic Growth: Learning from History (2015). 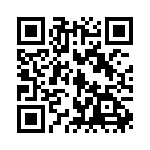