John Anthony Butler holds an MA from the University of Toronto and a PhD from the University of Manitoba, Canada. He has taught at the university level in Canada, Nigeria and Japan, and has published several books on seventeenth-century subjects, including a biography of Richard Cromwell and a translation of Lord Herbert of Chirbury’s De religione gentilium, as well as editions of Sir Thomas Herbert’s Travels and Sir Paul Rycaut’s Present State of the Ottoman Empire. His latest book is an edition of John Greaves’s Pyramidographia (2018), and he has also published a book of essays on little-known travel-writers, Off the Beaten Track (2017). 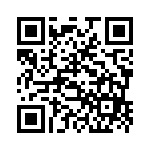