Ńňîđłíęŕ 113
Applications for passports by persons in Porto Rico or the Philippines should be
made to the Chief Executives of those ... That amount in currency or postal money
orier should accompany each application made by a citizen of the United States ...
Ńňîđłíęŕ 144
If it appear that the inventor , at the time of making his application , believed
himself to be the first inventor or discoverer , a patent will not be refused on
account of the invention or discovery , or any part thereof , having been known or
used in ...
Ńňîđłíęŕ 145
The caveat must comprise & specification , oath , and , when the nature of the
case admits of it , a drawing , and , like the application , must be limited to a
single invention or improvement , FEES . Fees must be paid in advance , and are
as ... 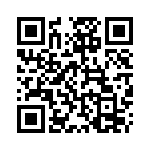