Now that the 80s are becoming history, a reevaluation of Reagan and Reaganism seems necessary. Unfortunately, this book falls short. Collins argues that Reaganism transformed American society into a ... ×čņąņč īćė’ä ļīāķ³ńņž

Transforming America: politics and culture in the Reagan years

In this rigorous history, professor and author Collins (More: The Politics of Economic Growth in Postwar America) takes a look at the reign of Ronald Reagan, who reinvigorated a lethargic post-Carter ... ×čņąņč īćė’ä ļīāķ³ńņž

Robert M. Collins is the William H. Byler Professor of Social and Behavioral Science at the University of Missouri-Columbia. He received his Ph.D. from Johns Hopkins University and is the author of More: The Politics of Economic Growth in Postwar America and The Business Response to Keynes, 1929-1964. 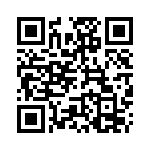