A U.S. diplomat from 1992-2012, he speaks German, Dutch, Spanish and French. He served as deputy chief of mission at the U.S. embassy in Luxembourg, political counselor at the U.S. Mission to the European Union in Brussels, consul for political and economic affairs at the U.S. consulates in Hamburg and Munich, and consul for public affairs at the U.S. consulate in Monterrey, Mexico. He has also served in Dublin, Frankfurt and Costa Rica, and on the European Union Desk in the State Department in Washington, D.C.

A native of Grand Rapids, he received a B.A. in Music and German from Calvin College and an M.A. in German Studies from the University of Wisconsin-Madison. He is the co-founder of the Transatlantic Christian Council, a public policy network dedicated to strengthening the transatlantic alliance. He is currently also a research fellow of Calvin College's Paul B. Henry Institute for the Study of Christianity and Politics. 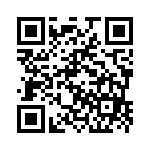