"How do you make an album guide that fits in a book bag?" Bracket asks in the introduction to this door-stopping compendium. "Selectively," he answers. To trim down the possibilities, the editors of ... Читати огляд повністю

My favorite bathroom book. Honestly. But in the age of MP3's, it doesn't seem so relevant. Fun though. Читати огляд повністю 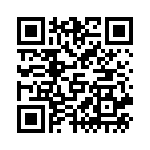