A while ago I came across a list of 'most embarrassing books to read in public', and this wasn't on it but probably should have been, because each person who has known about me reading this book has ... Читати огляд повністю

It was OK - I didn't particularly enjoy Tina Brown's reading style. Specifically, there were, at multiple points during the book, clear changes in tone and tempo indicating that she had stopped ... Читати огляд повністю

Tina Brown was 25 when she became editor-in-chief of England's' oldest glossy, The Tatler, reviving the nearly defunct 270 year old magazine with an attitude and style that gave it a 300 percent circulation rise. She went on to become editor-in-chief of Vanity Fair, and won four National Magazine Awards. In 1992 she became the first female editor of the New Yorker where she raised circulation by 145 percent on the newsstand and was honored with 4 George Polk Awards, 5 Overseas Press Club Awards, and 10 National Magazine Awards, including a 1995 award for General Excellence, the first in the magazine's history. Ms. Brown was awarded C.B.E. (Commander of the British Empire) from Queen Elizabeth in 2000. She is married to Sir Harold Evans. The couple have two children and reside in New York. 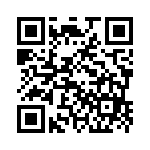