A strange yet hilarious collection of Essasys about practically everything in teh life of teh Internet's Bloggess. Funny but often bittersweet. ×čňŕňč îăë˙ä ďîâíłńňţ

Fantastic book. The author is hilarious, poignant, insightful and extremely entertaining. I will read this again, not because I missed anything, but because I want to laugh out loud again at all the things I laughed out loud at the first time. ×čňŕňč îăë˙ä ďîâíłńňţ

JENNY LAWSON, The Bloggess, is an award-winning humor writer known for her great candor in sharing her struggle with depression and mental illness. Her two memoirs, Let's Pretend This Never Happened and Furiously Happy, were #1 New York Times bestsellers. 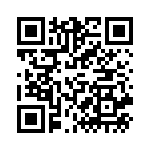