FANTASTIC: The Life of Arnold Schwarzenegger

Fantastic: the life of Arnold Schwarzenegger

This biography of California's "Governator" is Leamer's 12th (three have been about the Kennedy family). The author's access to Schwarzenegger and his wife and friends results in a sympathetic ... ◊ŤÚŗÚŤ Ó„Žˇš ÔÓ‚Ū≥ŮÚĢ

Laurence Leamer is the bestselling author of more than a dozen books, including The Kennedy Women and Madness Under the Royal Palms. He is an award-winning journalist whose work has appeared in The New York Times Magazine,Harper's, and Playboy, and has written cover stories for Newsweek. He lives in Washington, D.C., and Palm Beach, Florida. 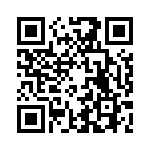