An extensive and interesting interview of one of the most consistently successful and prolific singer/songwriters of modern times. This book is not only a deep look into the life and career of a major ... ×čňŕňč îăë˙ä ďîâíłńňţ

I got this book for a die hard Tom Petty fan and was happy to see it also contained pictures! Im sure she will love it. Overstock is the best...I order from here all the time and I am always satisfied! ×čňŕňč îăë˙ä ďîâíłńňţ

Paul Zollo is a singer-songwriter, author, and music journalist. Since 1987, he's dedicated himself to interviewing the world¿s greatest songwriters. From 1987 to 1997, he was the editor of SongTalk, the journal of the National Academy of Songwriters. He¿s currently the senior editor for American Songwriter. Born in Chicago, he studied English and Music at Boston University and is the author of The Beginning Songwriter¿s Answer Book, Songwriters on Songwriting, and Hollywood Remembered. He has written about music for many magazines, including Performing Songwriter, Acoustic Guitar, Sing Out!, Billboard, Variety, and, Musician, and has contributed CD liner notes for artists including Paul Simon, Laura Nyro, Dan Fogelberg, Townes Van Zandt, and Thom Bishop. As a singer-songwriter, he has performed with his own band and solo, and has co-written songs with many artists, including Severin Browne, Darryl Purpose, and Steve Allen. 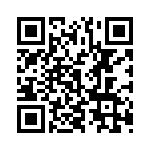